Signs of spring
By Susan Manzke 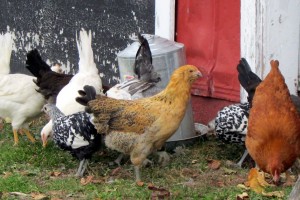 Ever since Groundhog’s Day, people have been looking for signs of spring. Until recently, winter has held a firm grip on our world, meaning signs of spring have been few and far between.
Of course, seeing the first robin is a big sign of spring. For us, it’s also the return of sandhill cranes to our back 40. The trio that came our way looked to be shivering in the snow as they came on a very cold day. At the same place, turkeys came out of the woods. We had been wondering about them all this long, cold winter. There’s talk of many not surviving, so good to see a few turkeys to view. The last to walk into our view were deer. About twenty went single file from our neighbors hay field, eventually crossing our wheat field. It was nice to see that they survived our wicked winter.
Many years, we’d be hearing peepers chirping their wake-up call by now. This spring the frogs are still tucked in. They need more warmth to wake them up.
My last sign of spring isn’t one of my favorites. This sign says that the raccoons are on the prowl!
Bob came back inside after doing chores one afternoon. He set a container of six eggs on the counter and asked, “How many chickens are we supposed to have?”
I did not like the sound of his question. There were supposed to be 22 chickens. Bob didn’t think there were that many in the chicken house.
As quick as I could I slipped into my boots and coat, and headed out the door. We were down eight birds. A new hole in an old ceiling panel showed where the raiders had gotten in. The crazy thing was that there wasn’t a pile of feathers or signs of blood anywhere.
Bob shook his head. “It looks like some person just came in here and helped themselves to a few of our young birds.”
Well, it wasn’t any person who had plundered our flock. There, high in the corner was a claw mark by a hole. Those raccoons had chicken take-out for their meal last night.
Daylight was slipping away. Bob searched for scraps of wood for a quick patch. We also needed a ladder, screws, and a power drill. After gathering supplies, we shooed the surviving chickens out of the pen so we could fix the ceiling.
Bob couldn’t hold the hunk of plywood up and work the drill, so I stood under and held up the patch with a shovel.
Even up on the ladder, working over his head was a difficult job for Bob. His arms ached as he worked to affix the patch to the ceiling—I soon learned that looking up while he worked didn’t help. The vibration from the drill brought down all kinds of gunk to get into my eyes.
We did the best we could that night. All holes were closed. We even set up a live trap, bated with a can of cat food. At the end of the day, we wished the chickens well and went into the house.
The next morning we discovered there had been another raccoon raid. We were down to eleven chickens! And nothing in the trap, not even the can of cat food.
New holes had been created by the raccoons in the soft ceiling panels. More patching took place.
I suggested we bring the chickens onto the back porch for safety sake. Bob didn’t think much of my solution. We patched more, all the while Bob grumbled, “We fed those stupid birds all winter long and now that they are finally laying eggs, those ##%%## raccoons have to get in.”
I had another suggestion. “Maybe we’d better turn off the light timer. I think the light works like a beacon for the raccoons so they can find the littlest hole and make it bigger to get in.” (We put on a light about three thirty every morning during the winter so the hens have enough light. They don’t produce eggs unless they have 14 hours of light.)
It has been a week now without another successful raccoon raid. Problem solved. (Knock on wood.)
Even with all the carnage there was one positive occurrence. The raccoons took care of our problem of having too many roosters. We are left with one: the old man of the flock, with four-inch long spurs. The raccoons must be gourmets when it comes to chicken dinners. They knew the old rooster would be too tough to eat.

You can connect to another Wisconsin State Farmer column of mine if you go to this link.
http://www.wisfarmer.com/features/columns/march-madness-b99228337z1-250829291.html